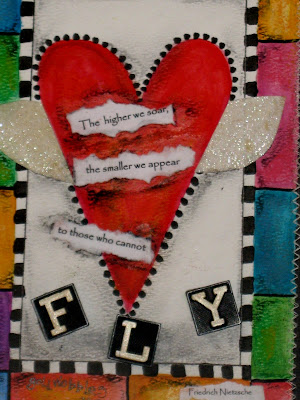 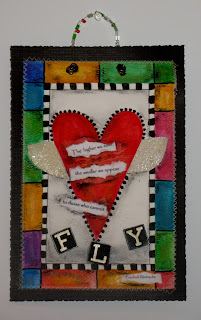 Posted by Gollywobbles at 6:42 AM 2 comments: 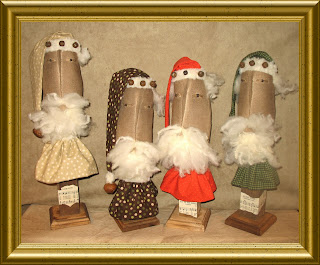 After learning about Cherie Stannard's heart breaking story,
I decided to have a give-a-away to
help spread the word about her.

Her life was forever changed in a moment.

If you don't have a site,
simply post a link to this post,
and send it to your contacts via e-mail.
Cherie's friend, Elizabeth Nelson St. Hilaire organized a
fundraiser to raise awareness and funds
to help the family in their time of need.
Other artists joined together to create a beautiful
hardbound book "Art with Heart" which can be
previewed on Elizabeth's or Cherie's page.
Donations may also be made without making a purchase.
If you can't make a donation,
just spread the word.
I will choose a winner on
December 23rd,
and Santa will be mailed Christmas Eve
by Priority US Mail to domestic addresses or
Parcel Post to international addresses. 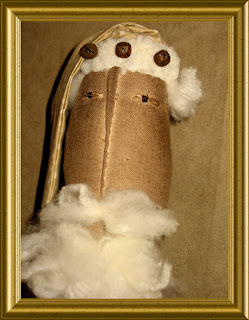 Santa is made of Osnaberg Fabric
bathed in Walnut Crystals, Coffee & Vanilla.
Nose and eyes are needle sculpted. 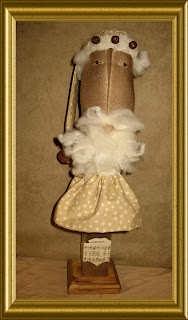 He is mounted on a wooden spindle
with a square base, that has been distressed.
Sheet music has been collaged
to the spindle to add a touch of whimsy. 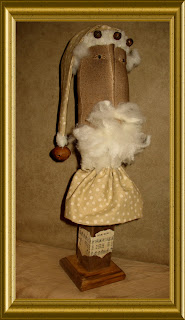 He wears a tan polka-dot suit.
Accented with cream fur and rusty bells. 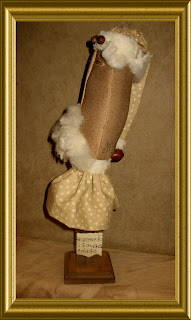 His hair and beard is 100% Sheep's Wool
from dear friends in Maine. 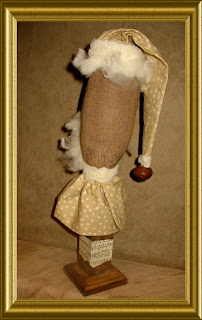 He was made with love,
is signed and dated,
and ready to travel to his new home.
The holidays represent a time of giving.
Please help spread the word. 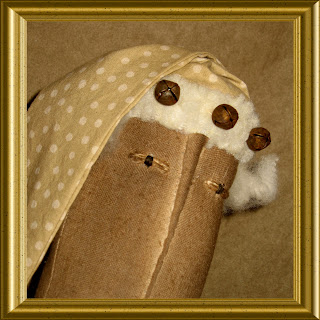 Posted by Gollywobbles at 6:55 AM 9 comments: 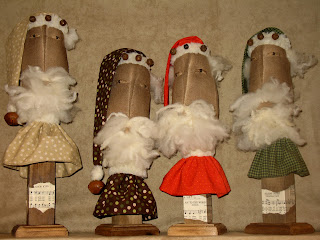 Today my friends will choose their santa(s)....
I always love to group my finished prims.
I should have made a christmas card with this one....
wait, there is still time. 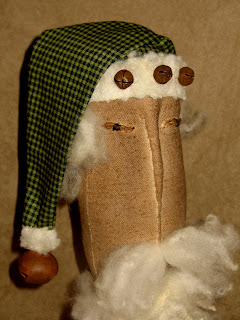 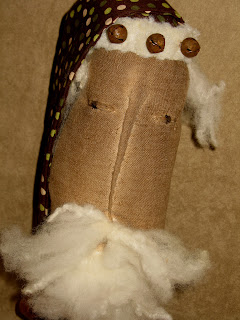 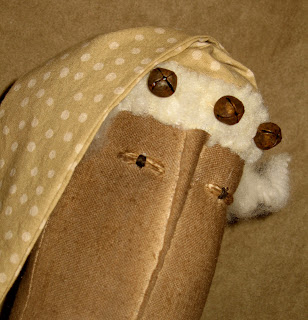 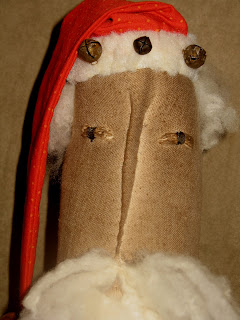 Primitive Santa is on his way... 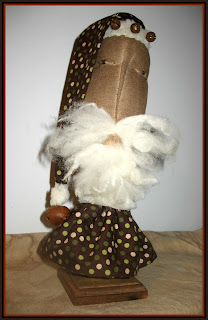 I wouldn't have bothered to make this Santa,
if it wasn't for some neat friends that requested it.
They have very generously gifted me with
spindles and sheep's wool in the past.
To show my thanks one year,
I made them a prim santa with a spindle and their wool.
I was later asked to make a similar one for their relative.
Last year I was too busy, and
time flew by.....and it didn't happen.
I had taken a break from creating prims,
but didn't want to let my friends down this year.
I decided to make a "batch" rather than one,
to give my friends a selection. 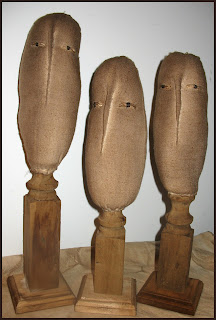 It's been a while since I grunged anything,
and I may have been a little heavy with the walnut crystals,
and I realized too late that I forgot the cinnamon....oh well.
It was dark enough to even stain the wood bases,
which surprisingly now match the spindles.
I had intented to paint, crackle and distress them,
but I think I will leave them just as they are.
So today is a dank, rainy day,
and I'm in my glory.
Yesterday I cleaned the house, and started
the santas, letting them dry overnight.
Now with chores done, I'm happily playing in my studio,
listening to jazzy Christmas songs,
and primming Santas.
I baked a couple banana breads earlier,
and have a pea soup in the crock pot.
The house is warm and cozy,
an entire afternoon ahead of me,
and it's one down, three to go!
Posted by Gollywobbles at 11:40 AM 1 comment: 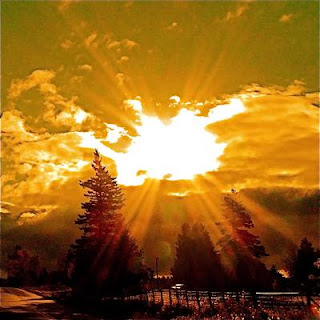 RIP dear Max
The Rainbow Bridge awaits you now....
Your suffering is over...
Don't cry because it's over,
Smile because it happened.
-Dr. Seuss
What we have once enjoyed
we can never lose;
All that we love deeply,
becomes a part of us.
-Helen Keller
A pet is never truly forgotten until
it is no longer remembered.
-Lacie Petitto 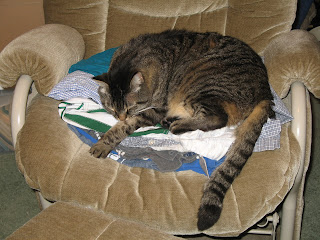 This little surprise couldn't have happened at a better time
to boost my spirits.
Sitting here feeling blue about my pet's condition,
and I received an e-mail notification
that I'm featured in an Etsy treasury.
My first I believe.
Very sweet.
Posted by Gollywobbles at 10:47 AM 1 comment: 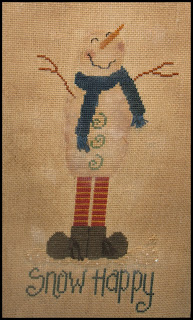 I began my morning putting away yesterday's purchases.
This "snow happy" stitchery was created by my friend Pam.
He's now hanging in my studio. 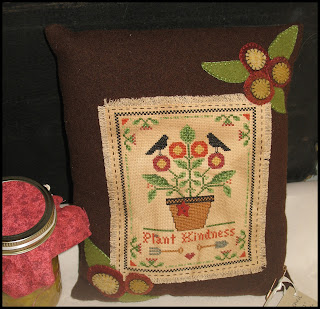 This stitchery pillow was created by my friend Deb.
She finally indulged in a little grunge, and I love her work.
It was her 10th anniversary Homespun Christmas,
and her house was packed more than I've ever seen it.
An awesome turnout. 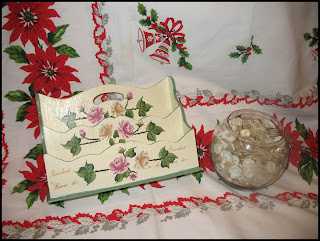 I also made it to Sage Farm Antiques.
I couldn't resist $2.50 for the letter holder.
White buttons for my stash, and a vintage Christmas tablecloth.
The atmosphere in the antique shop with greenery,
christmas balls, and red and white accents FINALLY put me
in the spirit to decorate for the holidays. 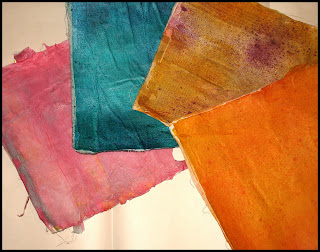 Cloth Paper
This is the coolest technique, and easier than I thought.
Layers of muslin, paper, tissue and paint.
Once dry, imagine the mixed media possibilities. 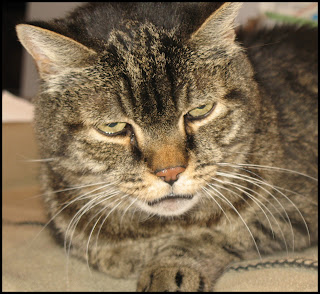 This is where the heartache fits in.
As I was preparing this post, as always
my furry friends are by my side,
napping or causing mischief.
Always keeping me company,
and putting a smile on my face.
My dear Max is finally fighting for his life.
His respiratory functions appear to be failing.
He is having much difficulty breathing,
and I fear the time has come to make that dreadful trip.
I know this will be my last photo of Max.
16 sweet years....
and time to say goodbye.
Posted by Gollywobbles at 8:04 AM 2 comments: 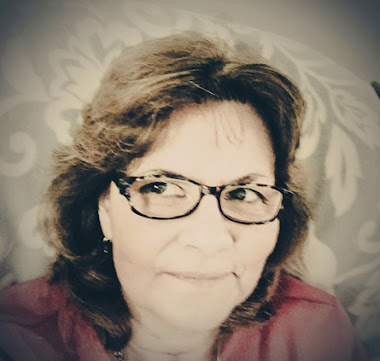 Promote your Page too

"The woods would be a very silent place if no birds sang except those who sang best".

"One of the disadvantages of being disorderly is that one is constantly making exciting discoveries."

"Be who you are and say what you feel, because those who mind don't matter, and those who matter don't mind."